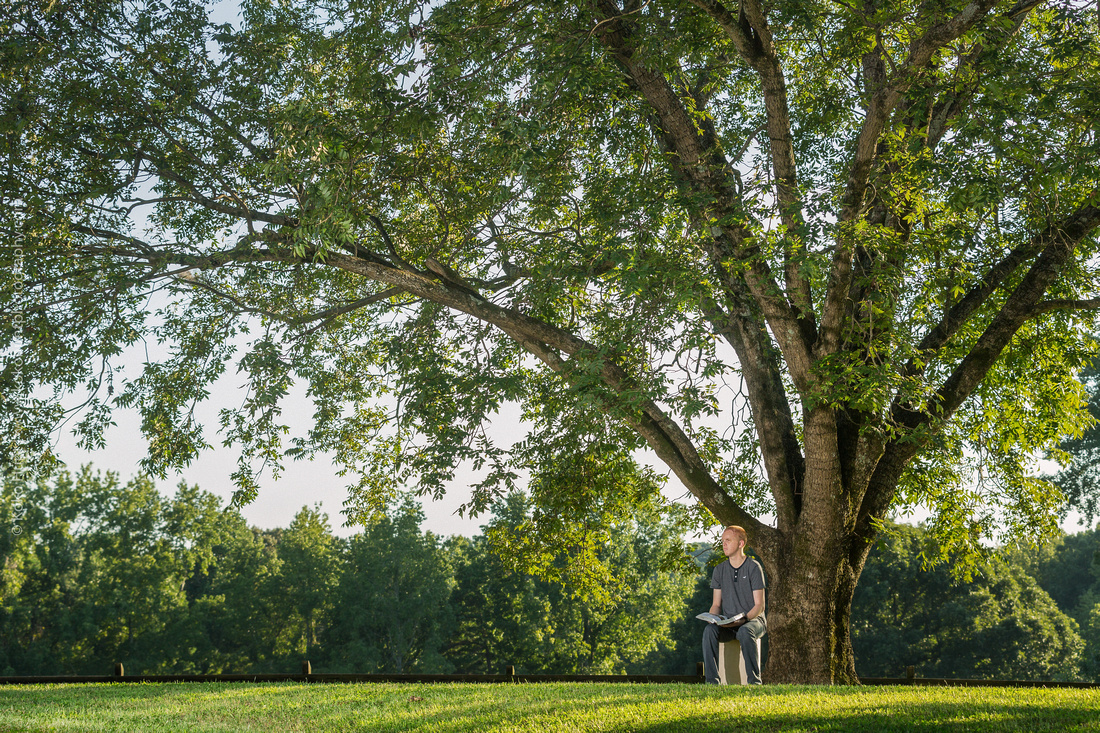 At age nine, Lance was diagnosed with a massive brain tumor. On September 9, 1999, after 15 hours of emergency surgery at Emory Hospital, a 1.5-lb tumor was removed. The doctor, who did not believe in God, told his mother that he would more than likely be a vegetable for the rest of his life. After the surgery, he went through a very long recovery process. For nine months, he was in a near vegetable state, bedridden and treated by nurses. 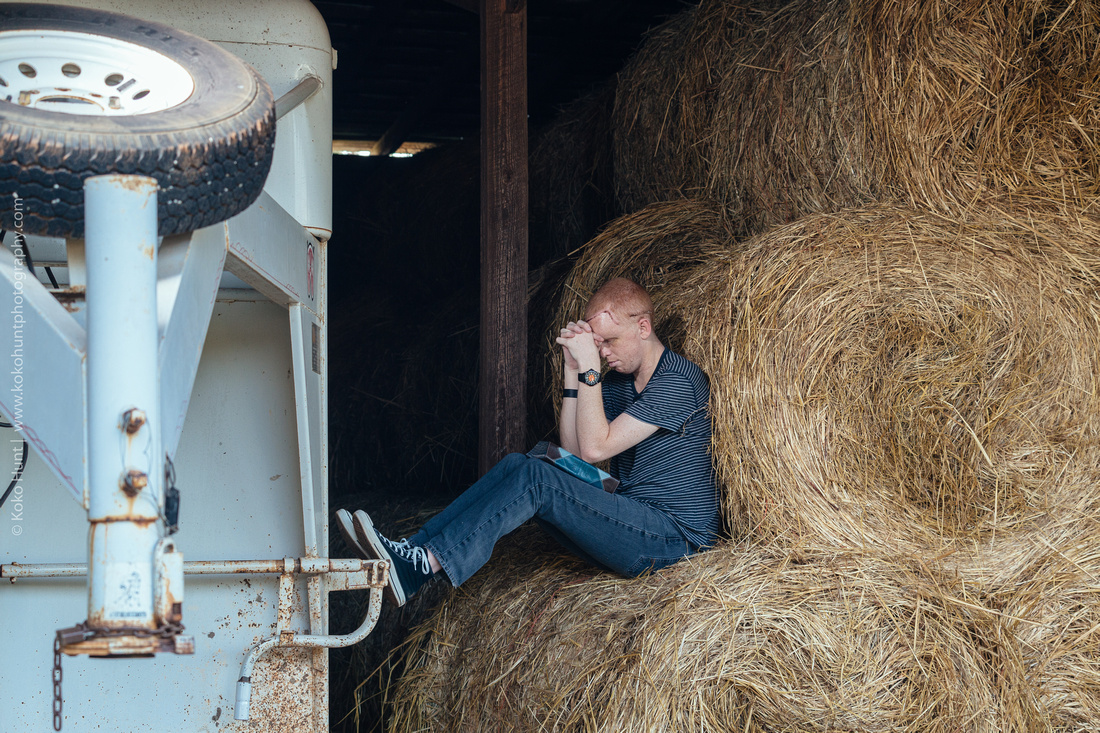 ME: Lance, you were told by the atheist doctor that you would never walk again. But here you are, walking and doing well. Tell us what happened after the first surgery.

LANCE: Sure. On June 11, 2001, at the age of 11, I went through a second brain tumor operation. This time, after 8 hours of surgery, a massive 2.5-lb brain tumor was removed by a Christian doctor, who told us that he could remove the brain tumor because his hands worked for God. Although the previous doctor told us that I'd never walk or talk again, I woke up from the surgery and spoke clearly, and asked for my mom. The Christian doctor also told me that I have a calling for my life.

LANCE: For 25 years, I had epilepsy and mild seizures, but I am now seizure-free and consider myself to be a walking miracle. I know that God is on my side, and He has a plan for my life.

But his faith would be tested again and again, as he faced neurofibromas that plagued his entire body. On July 20, 2016, Lance had multiple neurofibromas removed at Emory Healthcare of Atlanta.

ME: So you continued to find tumor growths and had to have more surgeries?

LANCE: Yes. I have neurofibromatosis, and my body continues to develop tumors in various parts of my body. I will start taking oral-based chemotherapy to stop the tumors from growing until a cure is found. I've had 18 surgeries so far and had over 800 stitches and 300 staples on my body. I have pictures from my previous operations. Do you want to see them?

ME: Wow. You are so brave. I can't imagine the kind of pain and suffering you are going through with your condition. I know that your faith is a big part of why your outlook is so positive and hopeful. Can you share how you came to know Christ and how He is directing your path?

LANCE: I grew up in church. I'd dress up in a suit, tie, and nice shiny shoes. But for a long time, I was more in religion than in a relationship with God. My heart was not sold out for Christ. I didn't even want to get out of a certain lifestyle. I wanted to continue to lie, steal and cheat, you know. If I had died back then, I have no doubt that I would have gone to hell. Thank God that I didn't die on those operating tables. When my family moved to South Carolina in 2011, we joined a church called NewSpring. I became a full-time volunteer with the special needs department called Spring Zone. I was finally growing tired of just living for myself. I knew that I needed to surrender to God. During the Fully Alive Series in December 2012, the Holy Spirit showed me that I had to make a choice - the road to destruction or the road to paradise. I decided it was time, and gave my life to Jesus. Then I was baptized 2 weeks later. I still have tumors that grow throughout my body, but my God is faithful. 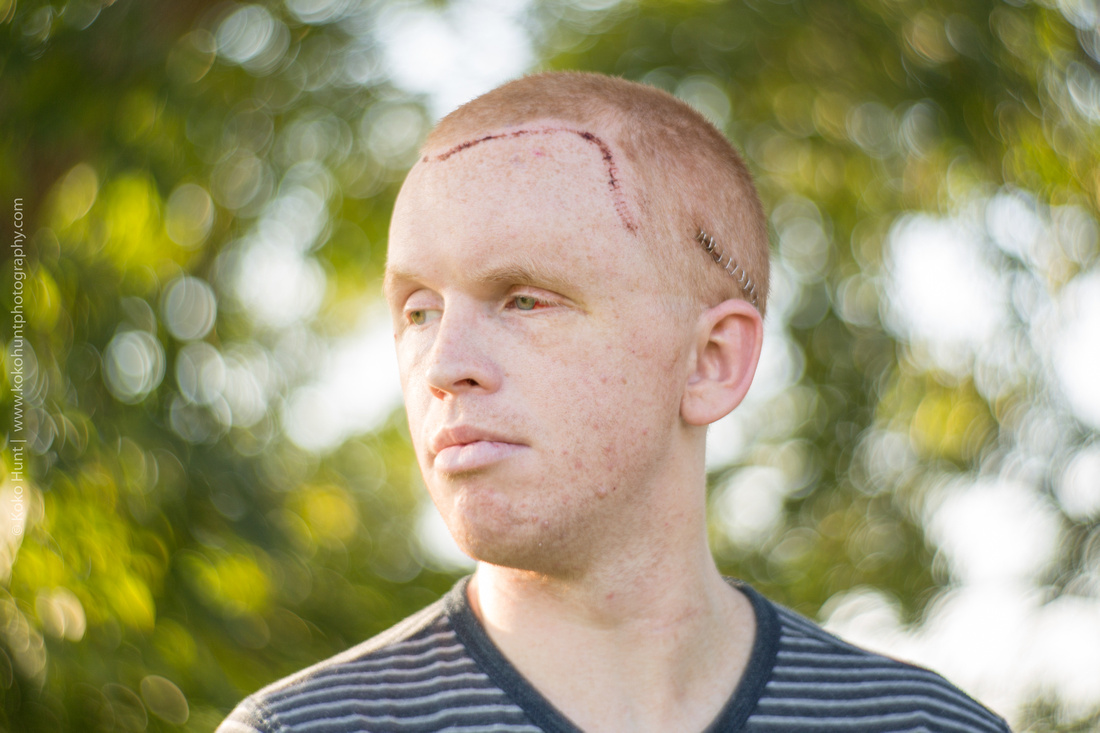 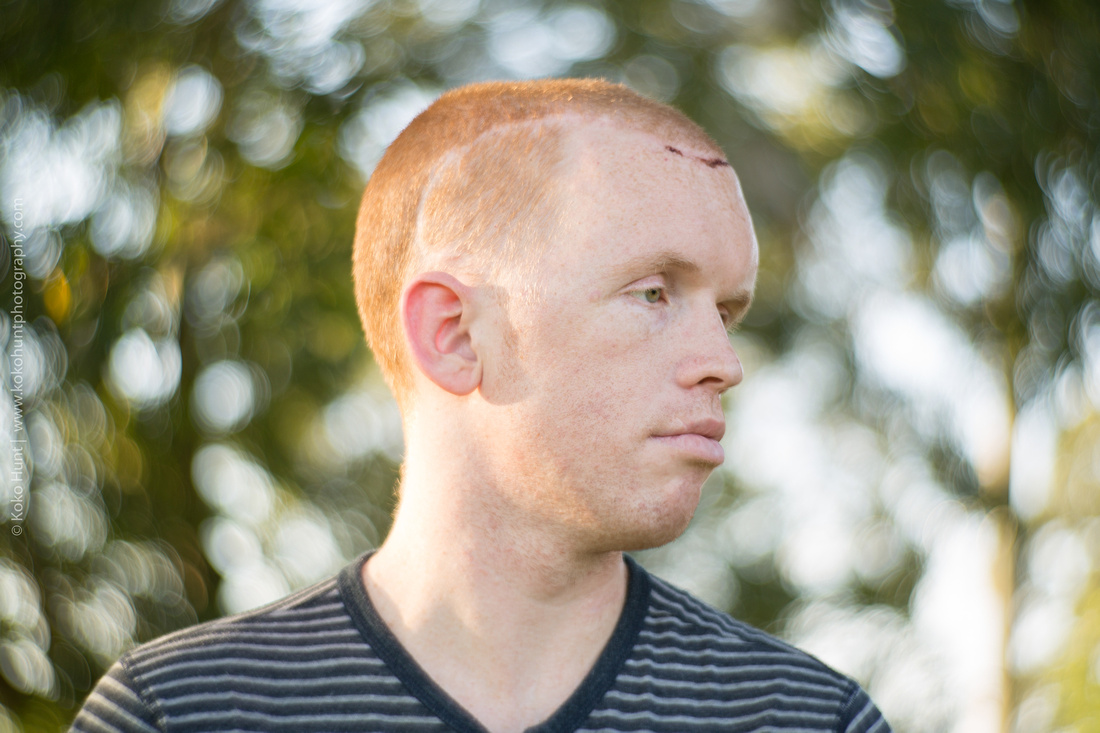 ME: I'm so glad you came to know God and turned from being stuck in religion to developing an intimate relationship with Jesus. How did that change your life?

LANCE: I believe I've been called to be a youth pastor for special needs children. With my calling, I always turn to Mark 10:27 "Jesus looked at them and said, "With man this is impossible, but not with God; all things are possible with God."" (NIV).  Since I gave my life to Christ, I have achieved so much more than ever before. On August 10, 2017, I had another surgery to remove neurofibromas from my forehead and the left side of my head. Then the very next day, I had to go back into surgery to stop the bleeding of capillaries. But the next day, I walked out of the hospital on own my two feet, not in a wheelchair, and went home to recover. I am not on any pain medication, because of how addictive those narcotics are. I will have to go through these kinds of surgeries throughout my entire life. After all that I've been through and seen in this world, I can relate to how special needs children are mistreated. I know and believe that God's calling is upon my life. Special needs children are no different from you or me. We may all be unique, but we are all the same in the sense that the blood of Jesus is running through our veins.

LANCE: Now that we are in Georgia, my family is part of Free Chapel Church in Gainesville, and we are actively involved. People there know my passion for special needs children, and my calling to become a youth pastor for them. They nicknamed me "Pastor Lance" and that's how they address me.

Lance is very transparent and open about the storms in his life and about the reason why he lives with so much hope. He posts encouraging quotes and inspiring words to others on social media all the time, and is always in great spirits, in spite of the tremendous amount of challenges he faces every day. It is incredible to witness the force of God's gift in a believer's life. 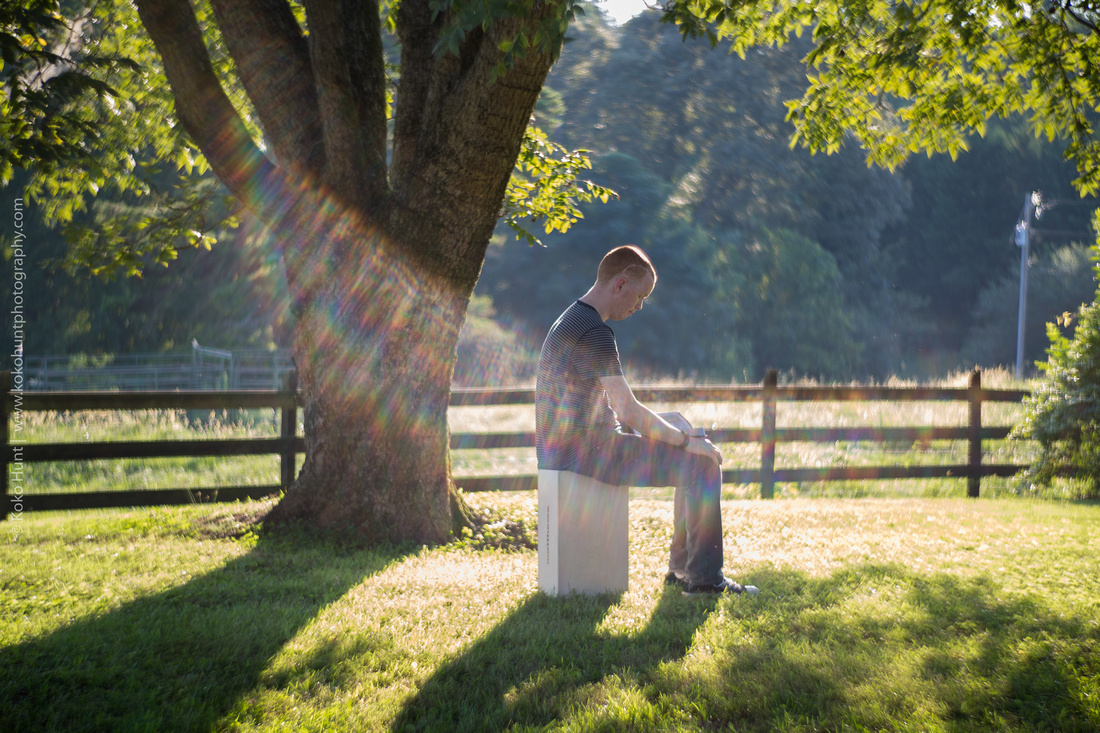 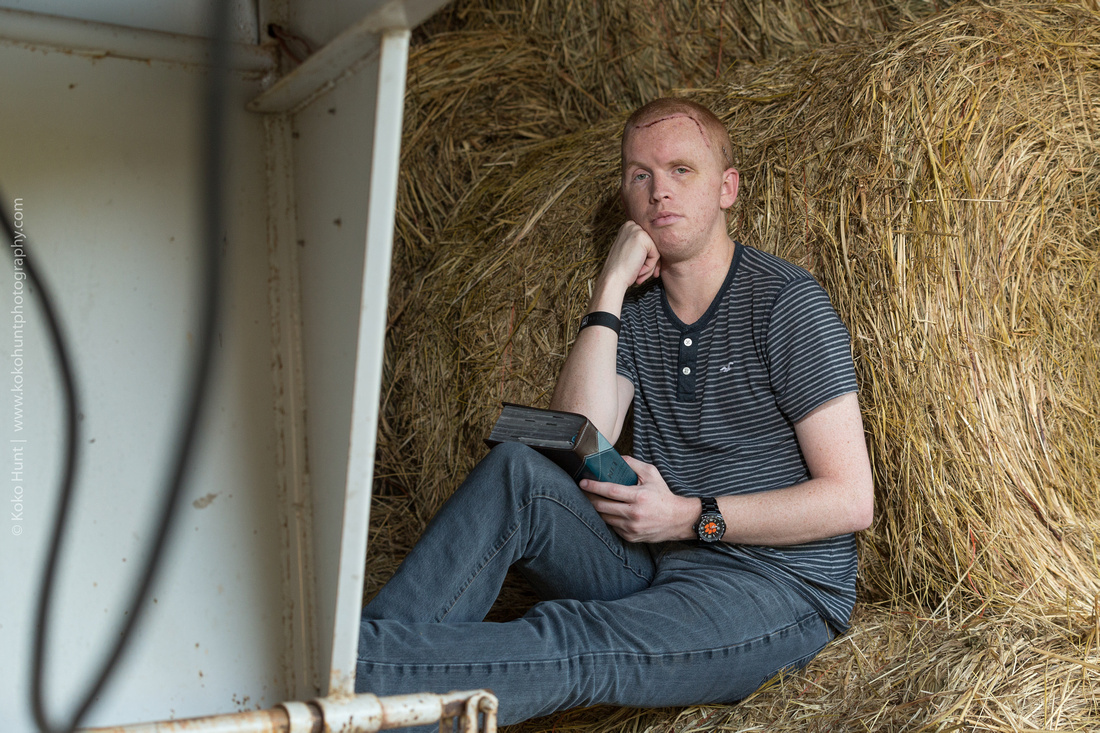